Eight months after the start of the pandemic, Krastev concludes that the crisis has not strengthened the leadership of Covid-19 in the United States, Brazil, Russia and Belarus. It was considered better to deal with the pandemic using the “iron arm” method. Moreover, the authoritarian leaders – from Trump to Lukashenko – understand that this is not a crisis that they can use to their advantage, ”Krastev emphasizes. in the commentpublished on the ECFR portal.

In the shadow of Chernobyl

“For a generation of Eastern Europeans to follow the current protests in Belarus is the same as flipping through an old photo album,” writes Krastev, 55. Photographs of striking workers recall the events at Gdańsk Shipyard and the Solidarity movement in the 1980s. Moscow’s dilemma of whether to offer “friendly” help to President Alexander Lukashenko’s regime is reminiscent of Czechoslovakia in 1968, when Soviet forces entered its capital to suppress the “Prague Spring.” But the West’s stagnant inability to support civil society in Belarus is a stark reminder of 1989, not in Eastern Europe but in China. The question arises as to whether Lukashenko will repeat the tragedy in Tiananmen Square. “

In the context of the events in Belarus, the political scientist remembers not only the protest movements of his youth, but also the accident at the Chernobyl nuclear power plant in Ukraine. He writes that 34 years after the worst nuclear catastrophe in human history, “Belarusian citizens have realized that nothing has changed in their country, and they are ruled by those who are willing to sacrifice their people to hide the regime’s decline.”

This spring, when strict measures were taken across Europe to curb the spread of the coronavirus, Lukashenko told the people that there was no reason to fear anything.

According to him, the best thing they could do is ignore global hysteria. Go to stadiums and support your favorite football clubs. Many did the same. Many became infected with the coronavirus and died. One can only imagine how many Belarusians would take to the streets without Covid-19. However, it is obvious that the government’s pointless reaction to the pandemic has become a turning point, the political scientist points out.

The protests in Belarus should make us rethink the link between the pandemic and authoritarianism, Krastev said. Are societies infected with the virus of authoritarian rule or, on the contrary, will democratic immunity be strengthened?

With the onset of the pandemic, there were concerns that such a health emergency would force people to agree to restrictions on freedom in exchange for security. The pandemic has increased tolerance for surveillance and assembly restrictions. However, in some Western countries, such as the United States and Germany, there are protests against restrictions, including the wearing of mandatory masks, the political scientist said.

However, the pandemic has reduced the influence of authoritarian leaders.

The reaction of leaders such as Alexander Lukashenko in Belarus, Vladimir Putin in Russia, Jairie Bolsonaru in Brazil and Donald Trump in the United States was not to use the emergency to increase their power, but to try to reduce the impression that the pandemic is a very serious problem. 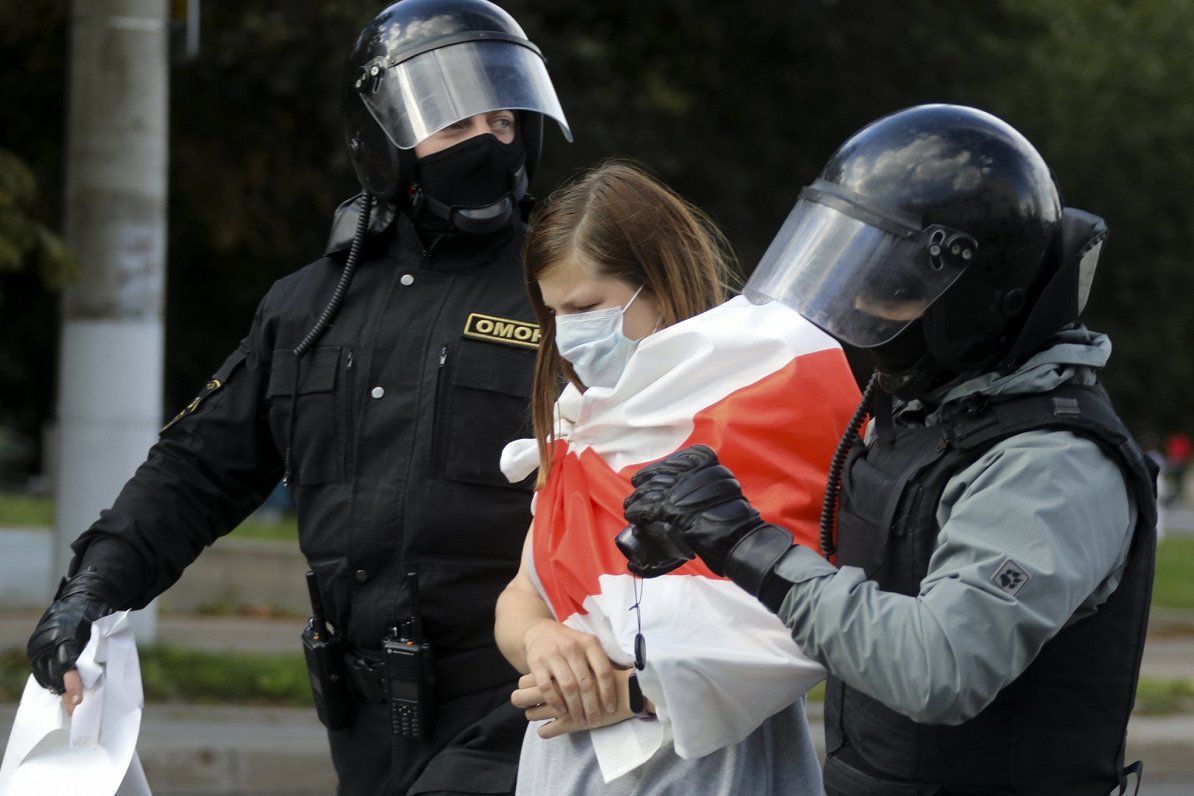 The analyst cites examples of how Covid-19 affects crisis strategies. Before the coronavirus in Russia, Vladimir Putin was able to “solve” one crisis by focusing on another. He coped with his decline in popularity after 2011-2012. protest movements, dramatically annexing Crimea. At one time, Trump declared that the caravans of migrants from Mexico were the greatest threat to his country, and ignored the threat posed to civilization by climate change. This is no longer possible during a coronavirus.

There is currently only one crisis – a pandemic. And governments are judged on how they deal with this crisis.

Authoritarian leaders do not like emergencies where they have to react using standard rules rather than looking for specific solutions at their own discretion. The pandemic is most effectively limited by very simple actions – physical distancing, self-isolation, hand washing. The leader’s “brave and ingenious” solutions do not help here. Observance of the rules is not the same as execution of orders, the author points out.

An even greater threat to the authoritarian elites in the Covid-19 era is that they do not have the advantage of all democratic leaders who will survive politically even if they give the impression of being weak. “Imagine Putin forcing all Russian citizens to wear masks, but half of them choose not to. For a democratic leader, that would simply be an awkward situation. For an authoritarian leader, this is a direct challenge to his power, ”says the Bulgarian political scientist.

The global spread of the disease also poses problems for supporters of authoritarianism. People can compare the actions of their government with those of other governments.

Success or failure in efforts to reduce morbidity is a criterion by which one’s own government’s actions are judged against others, thus putting additional pressure on authoritarian leaders who have previously managed to protect themselves from public criticism, Krastev said.

“In this context, Covid-19 has become deadly dangerous for authoritarian leaders such as Lukashenko in Belarus. The patient is still likely to survive if he is in an artificially induced coma in Putin’s intensive care unit. However, it is clear that the coronavirus is a curse, not a blessing, for such authoritarian leaders.

In 1986, the Chernobyl tragedy made the people of the Soviet Union see the reality hidden by Soviet propaganda: the communist system was not all-powerful. In fact, it was not even competent. The regime lasted only a few more years, ”Krastevs sums up.

State of alarm in Spain for the coronavirus: the Government limits...

The Russian virologist predicted the “behavior” of coronavirus in the summer

Vodafone is having voice problems

St. Petersburg prepared for tightening during the second wave of COVID-19...

In the Altai Territory, 40 new cases of COVID-19 were detected...

SkyUp launches flights from Kiev to Istanbul in September