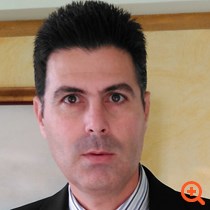 The great battle of our country against the pandemic of coronation seems to have been won. Greece, thanks to the strict restrictive measures taken in time by the Greek government, has managed to effectively nullify the epidemic curve of the spread of the corona and is in the first place. of the relevant classification among the countries of the European Union and in the first places in the world. The immediate and successful Greek reaction to the coroner’s pandemic internationally recognized, as Greece is now a model for rapid and effective treatment of coronary heart disease, receiving bilateral reports to international press, but also universal recognition by the governments of the western countries.

But this battle was not bloodless. The impact of austerity measures on the country’s GDP is expected to be severe and the damage to the real economy huge. International analysts predict for Greece a budget deficit of up to 11% of GDP for this year, with a parallel surge in public debt of more than 200% of GDP. These ominous forecasts are based on the estimate that this year’s tourist season for Greece will be largely lost, which will result in a correspondingly large loss of tourism revenue, which represents 20% of the country’s GDP. Of course, this assessment may not be verified in the end, if our country manages to draw up and implement immediately a strategic plan in the field of tourism, which will have as main axes, on the one hand the attraction of tourists from low-lying countries and on the other hand, the proposal to create a single European system for the safe movement of tourists within the European Union.

However, apart from the battle of tourism, Greece will also have to win the battle of the next day. The battle to revive the economy, restore the size of GDP to pre-pandemic levels and bring the country back on a path of dynamic growth. The Greek government is already moving in this direction, planning the next day with all the business entities in the country, including the major construction groups. It is obvious that the government is seeking a total restart of the Greek economy, which can be achieved through the implementation of major construction and investment projects. The Greece of the next day should, on the one hand, capitalize on the surplus value it has gained internationally due to the successful treatment of the coroner’s pandemic and on the other hand, give a new and strong signal to attract domestic and international investment, to implement large and emblematic projects. the beginning of a new era.

One such project is certainly the Greek one, which is the “flagship” of modern Greece, according to government planning. The competition for the casino of Elliniko has been completed and the Union of Mohegan and GEK – Terna companies has emerged as a temporary contractor. Relevant appeals by Hard Rock were rejected by both the Court of First Instance and the Council of State. My personal assessment is that Greece does not have the luxury of closing the door to giant companies, such as Hard Rock, which intends to invest more than 1 billion euros in our country. And while Elliniko may be a “fillet” investment, our country could implement other projects of similar size and importance, especially in the tourism and construction sectors. For this reason, the Greek government should seek to communicate with Hard Rock representatives and propose to them to participate in other, similarly sized and important investment projects, seeking to achieve the company’s interest in another major project and her stay as an investor in the country.

However, apart from Elliniko, our country will have to design and implement other large and emblematic projects, which could signal the transition to modern Greece and upgrade the image and brand name of our country abroad. These works, which I have mentioned in other publications, are as follows:

(1) The creation of a new International University of Tourism Studies, which could gradually turn Greece into an international hub for tourism education, attracting foreign students and senior executives of the global tourism market, paving the way for our “market” in our country. higher academic education and creating a new national brand, which will identify Greece with tourism education and will make it a leading force in this field worldwide. This new International University could be built in the Region of Crete, through a PPP contract, based on law 3389/2005, or a mixed contract with elements of a concession contract and a contract for the construction of a public project.

(2) The construction of new standard small towns for the development of the silver economy, in order to attract wealthy foreign retirees to our country, for long stays or permanent establishment. These new standard settlements can be constructed using the private financing method, through concession contracts under Law 4413/2016 or PPP contracts under Law 3389/2005, following open international tenders for domestic and foreign investors. As far as their location is concerned, in my opinion, this should be done with a central plan and with the criterion of fair distribution of the economic result in all the Regions of the country and, in particular, in the “poorest” of them, which have many tourist beauties. and are really wronged by the (over) concentration of tourists in only 3 – 4 Regions of the country. The implementation of the proposed model of design and development of the silver economy, could turn our country into a top destination for long-term residence or permanent settlement of wealthy foreign retirees, taking its share in the corresponding global market.

(3) The construction of large theme parks, which could lead to attracting quality tourists and increase the country’s GDP, respectively. The first, nationally themed park that could be created in our country, should focus on Greek mythology and ancient Greek culture. A theme park that could be called “Myth Land” and be based in Attica or Boeotia. A second, nationally, but also of national importance, theme park could have as its object the most famous of the ancient Greeks, namely Alexander the Great and ancient Macedonia. A theme park that could be called “Alexander Land” and be based in the Region of Central Macedonia. For the construction of these large theme parks, the model of a concession contract could be followed, such as that of the construction, operation and operation of Eleftherios Venizelos Airport in Spata, in which the Greek State could participate with a majority stake in the concession company. , according to the model of the airport, contributing to the concession company the property on which the respective theme park will be built. These large theme parks could make our country a 12-month tourist destination and join the forms of foreign travel agencies, as classic excursions entitled “Athens – MythLand” or “Thessaloniki – Alexander Land”.

(4) The construction of a new one Courthouse in Thessaloniki, which, in addition to the existing Courts of the city, could also house the National School of Judges (ECtHR), parts of the country’s three supreme courts (AP, STE and ES) in Thessaloniki, but also a European, international or an arbitral tribunal or an organization concerned with matters of legal interest. The new Thessaloniki Courthouse could similarly be built with a concession contract or a PPP contract, following a relevant announcement in search of investment interest, and could include an underground car park, a conference center, a hotel and a shopping mall. In fact, at a later stage, a second phase of overall renovation, upgrading and utilization of the surrounding area could proceed, so that the project can gain “access” to the city’s waterfront. In this case, the margins of exploitation of the conceded zone are unlimited and, if there is a corresponding investment interest, Thessaloniki could acquire its own small “Greek”, with a skyscraper, casino, hotel and green spaces. Apart from the obvious development for the area and for the city, this zone would make the port of Thessaloniki an attractive cruise destination, upgrading the overall tourist brand name of the city.

(5) The creation of a new University of Athens, ie a modern and European university campus, outside the center of Athens, which would mark the passage to the next day and in fact in a field of crucial importance, such as the field of education. and higher education. A new University, which could also attract foreign students, paving the way for the “purchase” of higher education in our country. Which could not only stop the brain drain, but also open the doors of return to the country’s scientific potential. A new University, which could cut the “bahalakides” from their usual place of action. Which could mark the dividing line between the past and the lawlessness in Greek universities and the bright future of academic education. A new University of Athens, with an international scope, worthy of the history, fame and brand name of the city of Athens, which could also be built with private funding, following the model of a PPP contract or a mixed contract with concession contracts. and a contract for the construction of a public project, in which the Greek State could contribute to the concession company the property on which the new University will be built.

Greece, therefore, managed to emerge victorious in the “war” against the colonist. However, this “war” left behind open wounds in the country’s economy, violently interrupting its development. But he also left behind a legacy: The way in which the country and all Greeks, united, fought and defeated the invisible enemy, gaining international recognition and global respect. Based on this legacy and the added value it has given to Greece’s brand name internationally, the Greek government will have to lay the groundwork for the next day, on the basis of which the new Greece we all dream of will be built. This planning should include some emblematic investment projects, such as those mentioned above, which will mark the beginning of a new era and will highlight Greece as a world leader in areas such as tourism, higher education, silver economy and the constructions, achieving the goal of rebranding Greece and upgrading the overall image and value of the country internationally.

* Mr. Ioannis Gitsakis (twitter @gitsakis) is a Lawyer from Thessaloniki and a Doctor of Administrative Law.

Thrombolytics have been proven to improve survival with COVID-19

Ex-player and Liverpool coach Dalgliesh has a coronavirus. Kenny 69 years...

In St. Petersburg, they are looking for not one, but two...

How coronavirus changed the Germans worldview | Analysis of events in...

EU reaction to Sanofi, who first announced that he would deliver...

Another dead from the coronavirus in Greece